We’ve seen our fair share of Injustice 2 trailers in the lead-up to release on 19th May and now one final trailer has been...

We’ve seen our fair share of Injustice 2 trailers in the lead-up to release on 19th May and now one final trailer has been released by Warner Bros that gives us a five-minute overview of just how impressive this game is really going to be.

Highlighting the storyline as a starting point, the new trailer explains how Injustice 2 opens with the fall of the Justice League with teams led by Batman and Superman going toe-to-toe, as well as a new faction led by Gorilla Grodd, and an invasion emanating from the dangerous and unforgiving Brainiac on the horizon. All that and there are also a bunch of rogue heroes and villains out there to pick and choose from. This certainly looks to be one of the most impressive and expansive DC games you will ever find.

Then there’s features such as the customisation system, named Gear, which allows full customisation of the characters within the game, not only allowing for appearance changes but also meaning multiple power-ups and abilities to add to DC’s hall of heroes and villains. The possibilities look endless and some of the character designs on show are truly spectacular.

The trailer goes on further to explain the workings of the game, including its very own mobile game, so don’t waste any more time and watch below.

Injustice 2 is released on Xbox One and Playstation 4 on 19th May. 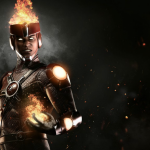 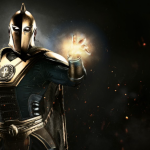 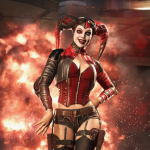 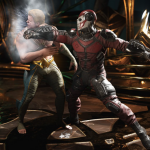