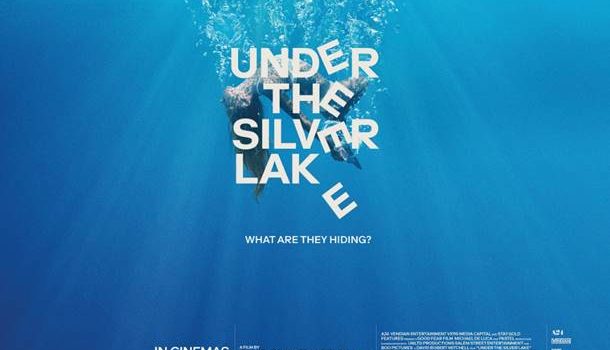 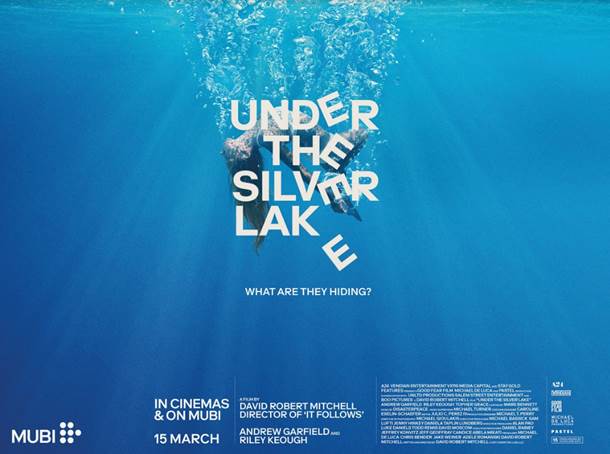 David Robert Mitchell’s highly-anticipated third feature UNDER THE SILVER LAKE, starring Andrew Garfield and Riley Keough, will be released in UK cinemas on 15 March 2019 and available to stream exclusively on MUBI the same day.

Directed by David Robert Mitchell, the dazzling imagination that brought you IT FOLLOWS, the Palme d’Or-nominated UNDER THE SILVER LAKE is a delirious neo-noir fever dream about one man’s search for the truth behind the mysterious crimes, murders, and disappearances in his East L.A. neighbourhood. The film is also shot through with an atmospheric, dizzying and distinctive soundtrack by regular collaborator Disasterpeace.

Sam (Garfield) is a disenchanted 33-year-old who discovers a mysterious woman, Sarah (Keough) swimming in his apartment complex’s pool. When she vanishes, Sam embarks on a surreal quest across Los Angeles to decode the secret behind her disappearance, leading him into the murkiest depths of mystery, scandal, and conspiracy in the City of Angels.

With this genre-bending follow-up to the breakout horror hit IT FOLLOWS, Mitchell cements his reputation as one of the most innovative and daring young American directors working today, playing homage to a rich cinematic tradition from David Lynch to Alfred Hitchcock in his distinctive signature style.

MUBI continue their dedication to championing world-class cinema and ensuring MUBI-released films are made available to the widest possible audiences, both on the big screen and at home.