Vision Films in association with MBG Films, Lost Galleon Films and  Hawk9 Productions, is proud to present Point Man, the award-winning, untold story of African-American soldiers in the Vietnam War. Beautifully shot across several Southeast Asian locales, this is the first American original narrative Vietnam War feature to be filmed on location in Vietnam; it captures the intense brutality of the war on and off the battlefield.

Written and produced by Phil Blattenberger, Point Man is a compelling, high-stakes action film that gives texture and meaning to racial tension in the 1960s and moral crises endemic to the Vietnam War. These themes, common in films of the 1990s, find themselves presented in a new light here.

Set in Vietnam in April 1968 – three months after the tide-turning Tet Offensive and one month after the assassination of Martin Luther King Jr. – Point Man is the story of a U.S. Army fire team fractured by racial tensions, moral crises, and the crushing pressures of combat in a war nobody wants to fight. Andre “Casper” Allen (Christopher Long), a rough-edged ideologue, finds his radical politics put him at odds with the squad’s machine gunner, Silas Meeks (Jacob Keohane). When their search-and-destroy mission in the Mekong Delta goes terribly wrong, both men find themselves pitted against each other and their recalcitrant platoon commander, Lieutenant Sutter (Matthew Ewald). Point men die like flies in the bush, and as loyalties dissolve every step forward comes with a price.

Writer/director Phil Blattenberger found inspiration for Point Man conducting anthropological research on representation of the Vietnam War in media. “The story emerged from reading anecdotes written by African-American combat veterans,” says Blattenberger. “Vietnamese troops would call out – in perfect English, in the middle of firefights – ‘go home Soul Brother, it’s not your fight.’ The psychological effects of being told your national solidarity is imagined, that the real enemies are the guys you’re fighting with, are profound.”

Yet the film, Blattenberger insists, shouldn’t be pigeonholed a mere a racial soliloquy. “At the end of the day, this is a war story about a couple of guys who get separated from their platoon,” he says. “It’s the dynamics of the characters that are ultimately reflective of the racial issues and moral crises engrained in the 1960’s.”

“It’s philosophical,” he adds. “At the end of the day it’s about ethical lines blurred by alliances. And that makes any film compelling.”

Lead actor Christopher Long describes his role as Casper, the film’s outspoken and controversial protagonist, as the journey of a man crossing to the dark side of the moon. “We as human beings can choose to be different in the midst of our circumstances and adversity – that’s what really drew me to the role,” says Long. “Casper is a force of nature and it takes him to places few people ever go.” 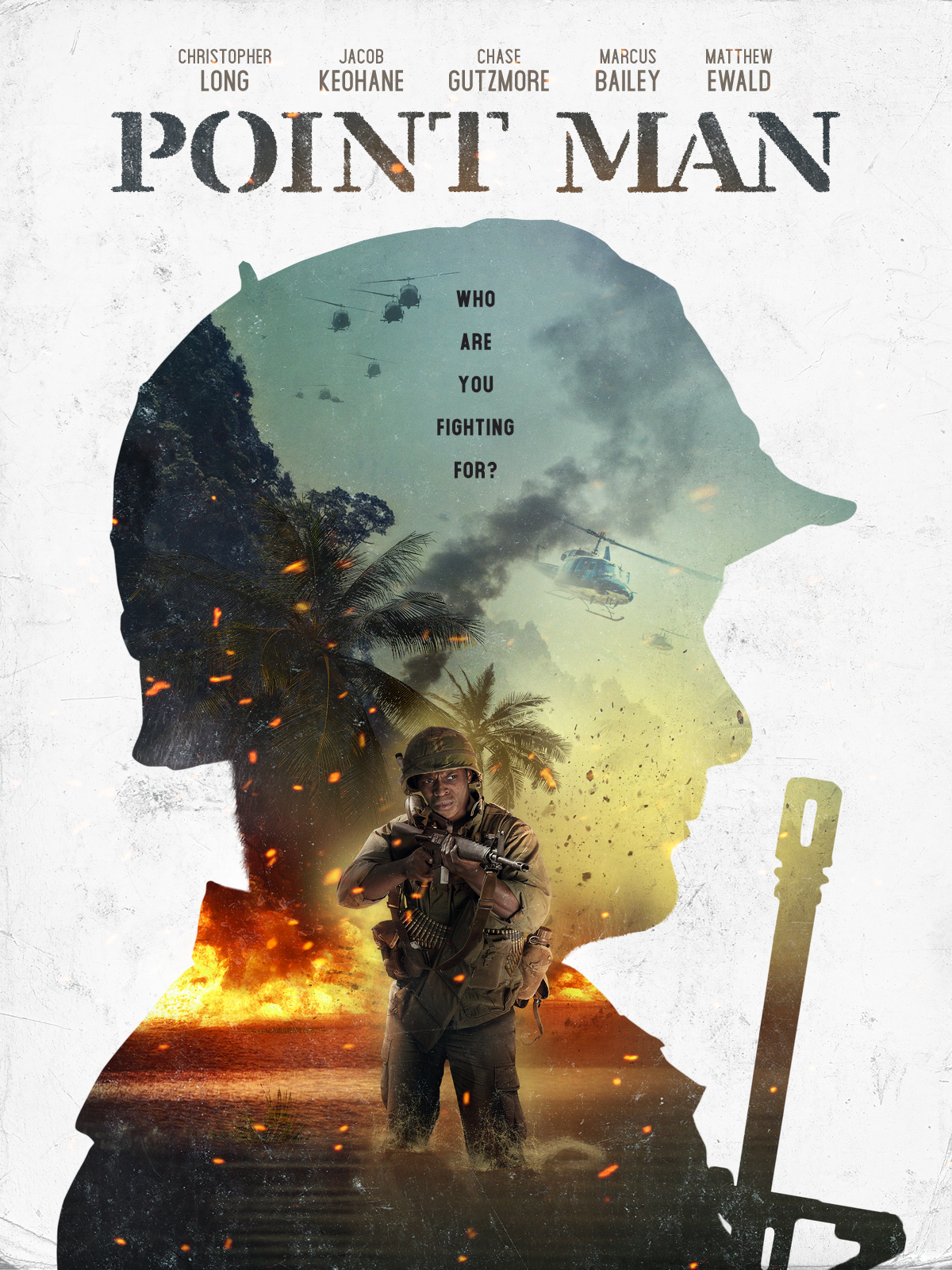 Long’s commitment to the role took him across several continents over nearly two years of filming. “Literal blood, sweat, and tears went into creating this film,” he concluded. “I hope the greatest thing viewers take away from this is authenticity.”

“Point Man is an incredibly important and relevant film”, says Vision Films Managing Director/ CEO, Lise Romanoff.  “It not only gives us a snapshot of what it was like to fight in the Vietnam War, but it accurately depicts times when racism was rampant, and African-American men were disproportionately put on point, out on the front line, the most dangerous position.”