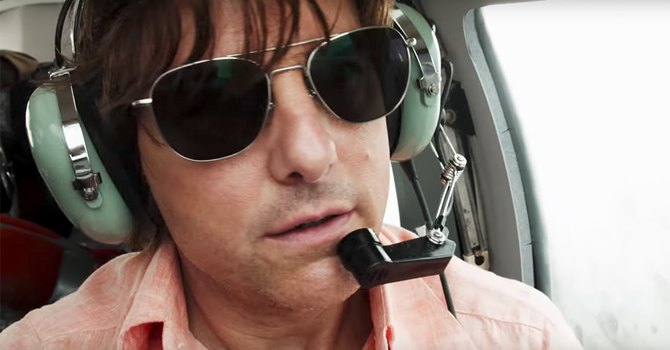 Storming online this evening is the riotous debut trailer for Doug Liman’s much-antiticpated crime caper, American Made. Set in the shimmering 1980s, and starring...

Set in the shimmering 1980s, and starring Tom Cruise in the lead role, the film is based on the factual accounts of Barry Seal; a drugs baron involved in one of the largest covert operations in US history. American Made will reunite actor and auteur following their work on the underrated Edge of Tomorrow, and the likes of Domhnall Gleeson, Jesse Plemons, and Sarah Wright are along for the ride, too.

In Universal Pictures’ American Made, Tom Cruise reunites with his Edge of Tomorrow director, Doug Liman (The Bourne Identity, Mr. and Mrs. Smith), in this international escapade based on the outrageous (and real) exploits of a hustler and pilot unexpectedly recruited by the CIA to run one of the biggest covert operations in U.S. history.

American Made surges into UK cinemas on 25th August, and we simply cannot wait!