Watch These Roulette Films before Going to Vegas

There are numerous classic gambling movies, one better than the other, and while you forever need to account for personal taste, we have tried...

There are numerous classic gambling movies, one better than the other, and while you forever need to account for personal taste, we have tried to select the top picks which we can uniformly agree on. There are, of course, many that did not make the list, and you might also disagree with some of our choices. Nonetheless, in this article, we will limit gambling-related topics to roulette films you need to see before making your trip to Vegas.  To brush up on the roulette rules beforehand, read some guides which will prove useful.

Roulette-based films often suffer from the false impress that James Bond is the sole beloved protagonist to enjoy this gambling choice, when in fact the world’s most deadly secret agent is in love with baccarat. Regardless of misconception, the movies we are about to list here are a thoroughly enjoyable viewing, so prepare your sofa and PJs for a weekend of relaxation and excellent films.

If you are on the hunt for a movie able to capture both the tragedy of roulette and the beauty and elegance of romance, Casablanca is an excellent place to start. Where does roulette fit in the action of this movie? Well, the game is at the heart of one of the film’s central plotlines -with Rick’s Café American featuring a fixed European roulette wheel commonly landing on 22.

It’s notable that at one point, the café owner, an integral part played by Humphrey Bogart, takes pity on a luckless gambler. He encourages him to go all-in, betting on 22 in a final shot of glory. Since the movie is a Hollywood creation, the number comes in, but not once –twice! Of course, this event turns around the life of our down-and-out gambler. The rest is, as some would say, history!

Needless to say, we could not speak of roulettes or gambling in general without mentioning James Bond. While we have already mentioned that Bond loves his baccarat, with the Labouchere Strategy being his system of choice, the roulette wheel plays a pivotal part in a number of the Bond movies.

In the classic Diamonds are Forever the main character is tirelessly chasing down diamond smugglers. He pitches up in a Las Vegas casino where he plays, and of course wins, at roulette. This is not the only reference to the famous roulette, as both Casino Royale and Moonraker contain scenes integrating the roulette gambling.

1974’s California Split is a film concentrated on gambling and its implications. Starring George Segal and Elliott Gould, there are a good few mentions of the roulette throughout the movie. In fact, even the two beloved actors find and consolidate their friendship and bond after being accused of conspiring during the duration of a poker game. Together, however, the duo manages to win more and more money playing craps, poker, and of course, roulette.

Ultimately, this type of life eventually grows weary on Segal’s character, who would like to lead a normal, run-of-the-mill life in which we can feel safe and comfortable. 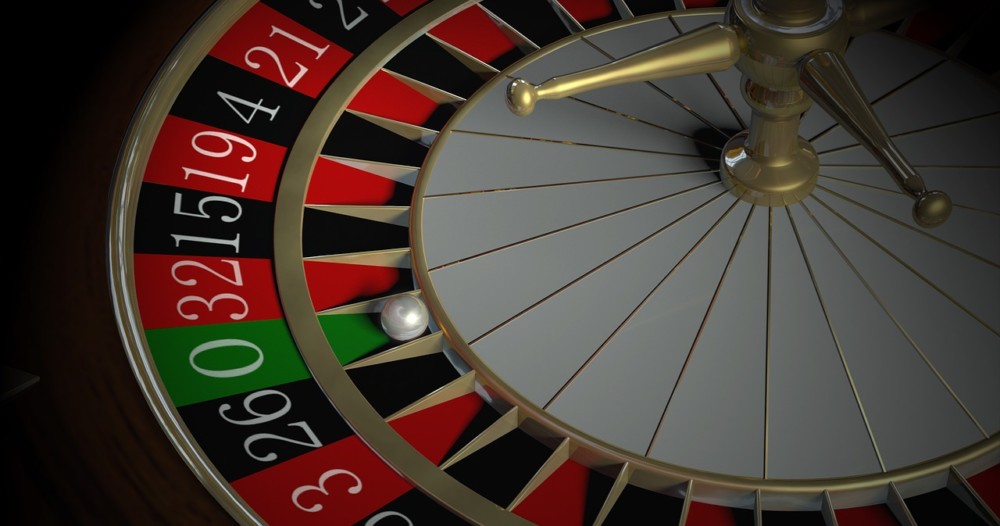 For anyone who has seen the Deer Hunter, the following question might come up: why has this movie made the list? Well, in addition to being a heart-gripping and stunning revelation of war and its devastating psychological effects, the Deer Hunter integrates a different type of roulette scene. We are, of course, talking about the most extreme form of roulette our eyes could set upon: Russian roulette.

Captured by Vietnamese combatants, a group of American soldiers and friends are ultimately forced to pull the trigger of a gun pointed at their heads. Considered one of the most intense movie scenes to have ever existed in cinema history, the entire group of actors only adds to the intensity of the film –a stunning performance not to be forgotten.

Dirty Rotten Scoundrels is a 1988 movie which stars legends Michael Caine and Steve Martin. The two play a pair of con men who work together with the purpose of scoring tens of thousands of dollars from some French casinos.

The overall performance is highly memorable, but possibly what most people remember from the film is the game of roulette the duo play against each other. All in all, Dirty Rotten Scoundrels is a movie worth seeing with your friends on a Saturday evening.

Playing roulette, and most importantly, winning the roulette can give you quite the rush, raising your excitement levels. However, you could also get into trouble, and nothing proves that more than the 1993 film Indecent Proposal.

Starring Demi Moore, Robert Redford, and Woody Harrelson, the action focuses on a newlywed couple who gamble their money, including all their life savings, on a game of roulette. As if this weren’t bad enough, a billionaire makes his way into their lives, offering the couple a million dollars should Moore’s character spend the night with him.

Shaken by the events of the evening and the potential of being bankrupt from the beginning of their relationship, the couple reluctantly agrees to the indecent proposal –thus the name. Of course, this spurs a complex web of events and problems which neither could anticipate, and the movie is a vibrant and robust display of what bad decisions can bring.

and for some strange reason, we can’t explain why the movie has not received the praise or critical acclaim it deserves. Telling the story of failing writer Jack Manfred, the film descends into the immersive and mesmerizing world of gambling, addiction, and deceit. While working as a croupier for a leading casino, the protagonist falls in love with one of the gamblers frequenting the casino, becoming engrossed in a plot to cheat the owner of the casino out of millions of dollars.

The movie elegantly touches upon the fine line between greed and morality, producing a thrilling hook that has captivated audiences for generations.