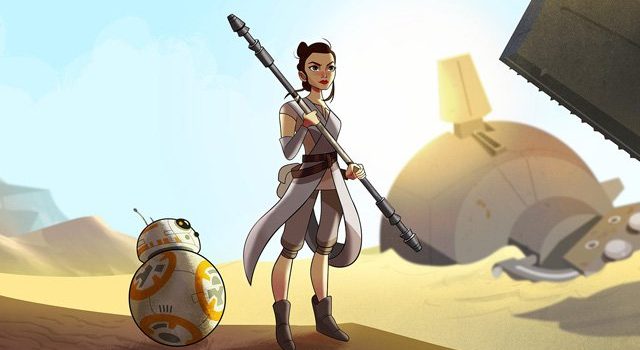 Developed by Lucasfilm Animation, Star Wars Forces of Destiny remain true to the Star Wars canon, showing how choices both big and small ultimately shape the destinies of beloved characters. The animated micro-series will be available on Disney YouTube ahead of a two-part TV special featuring eight additional shorts on Disney Channel in fall 2017.

Check out the first episode right here in which Rey fights off a creature hellbent on devouring her humble droid!