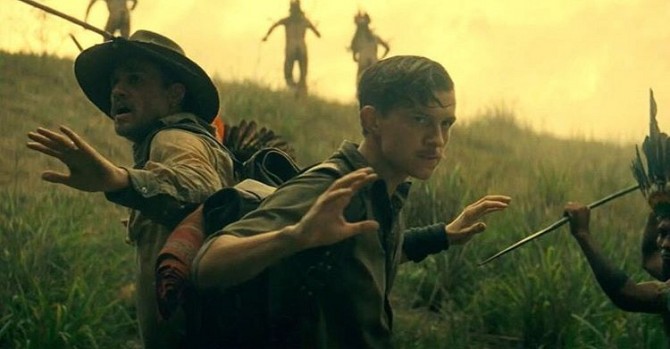 Watch The New Trailer For The Lost City Of Z

Hot on the heels of the first trailer being release before Christmas, a second trailer for the incredible true life tale of The Lost...

Hot on the heels of the first trailer being release before Christmas, a second trailer for the incredible true life tale of The Lost City Of Z has been released, starring Charlie Hunnam, Tom Holland, Robert Pattinson and Sienna Miller, and we don’t mind saying that it looks pretty special.

Featuring the new Spider-Man and Miller, who can be seen in Live By Night in cinemas at the moment, the new trailer showcases the eerie and mysterious city in which our characters will find themselves and the determination of true life explorer Percy Fawcett (Hunnam). It’s sure to be a cinematic experience that will strike to the core and we cannot wait for the UK release on 24th March.

For now, let’s enjoy the new trailer below.

Based on author David Grann’s nonfiction bestseller, THE LOST CITY OF Z tells the incredible true story of British explorer Percy Fawcett (Charlie Hunnam), who journeys into the Amazon at the dawn of the 20th century and discovers evidence of a previously unknown, advanced civilization that may have once inhabited the region. Despite being ridiculed by the scientific establishment who regard indigenous populations as “savages”, the determined Fawcett – supported by his devoted wife (Sienna Miller), son (Tom Holland) and aide de camp (Robert Pattinson) – returns time and again to his beloved jungle in an attempt to prove his case, culminating in his mysterious disappearance in 1925.