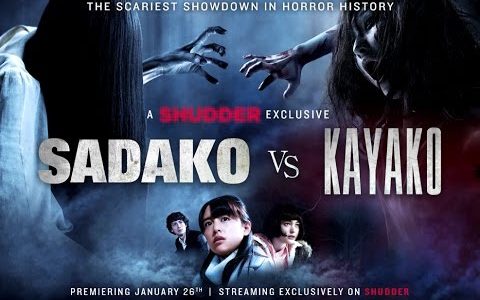 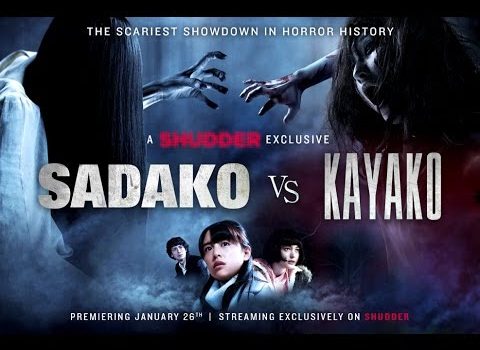 Watch The Opening 5 Minutes Of Sadako Vs Kayako

If you’re a fan of horror then we’ve got a treat for you, courtesy of horror streaming service Shudder. Hailing from Japan’s greatest recent...

If you’re a fan of horror then we’ve got a treat for you, courtesy of horror streaming service Shudder. Hailing from Japan’s greatest recent horror entities Ringu and Ju-On: The Grudge, two titans of horror lock horns as it’s time for Sadako Vs Kayako.

With the film recently being added to Shudder as an exclusive, the streaming service have taken to teasing fans with what can be expected from the clash of these two icons, with the first five minutes of the film available to watch below. Check it out and let us know what you think.

Hideo Nakata’s Ringu and Takashi Shimizu’s Ju-On: The Grudge are known worldwide as two of the most terrifying and groundbreaking horror films ever made. To this day, horror fans debate: “Which of the two is truly scarier?” and “Whose curse is stronger, Sadako’s or  Kayako’s?” No one ever thought that these questions would get answered, let alone think that we would ever see these infamously horrifying demons face off. At long last, Sadako vs. Kayako brings Ringu’s and The Grudge’s two forces of evil into the ring for the ultimate grudge match.

Responsible for this franchise-blending is director/screenwriter Koji Shiraishi, who is known for creating unconventional spiritual and supernatural scenes in films such as The Curse, Carved: The Slit-Mouthed Woman, and the Kowasugi series. Now, he brings the characters from Ring and The Grudge back to the big screen as he delivers viewers a wildly fun, tongue-in-cheek thrill ride that finally answers the question: whose curse is stronger?

SHUDDER is a premium streaming video service, serving both the casual and hardcore fans of horror and suspenseful entertainment. Offering new premieres and exclusives every month with a wide library ranging from hard-to-find international and independent films to thrilling TV series to cult grindhouse classics to Hollywood blockbusters, SHUDDER has something for everyone. Backed by AMC Networks, SHUDDER’s growing library of expertly curated Horror, Mystery, Suspense, Supernatural and Dark Thrillers is available ad-free and for unlimited viewing on SHUDDER’s sleek and easy to website, mobile apps for iOS and Android, Chromecast, Apple TV, and the Roku platform with a free one-week trial or £4.99 monthly/ £49.99 yearly membership. More platforms to be added soon.