Travel back in time this December to the decade that bought us Indiana Jones, Bill and Ted, and “one of Britain’s loudest bands”. Featuring...

Jennifer Hall, Film Programme Producer at HOME and 80s fan, commented: “I can take or leave Christmas films, but 80s films, now they remind me of Christmases gone by. With comedy, action, and adventure, this year’s season of 80s films showcases a large cross section of genres from the 80s. From a trio of Heathers to time travelling Rufus and of course the infamous Indiana Jones, these characters inspired a generation, and the enduring quotability and watchability of these classics make them perfect for big-screen festive viewing. Come back in time with us for a retro extravaganza.” 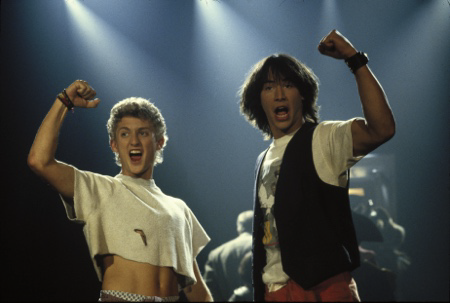 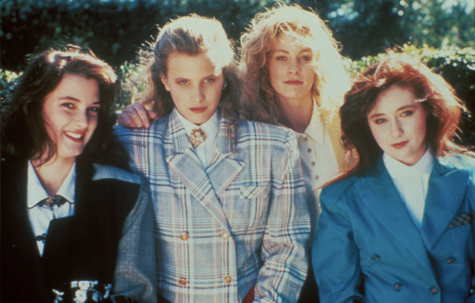 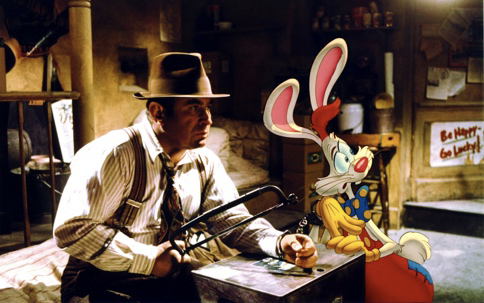 At HOME in the 80s
PROGRAMME DETAILS

A tale of a man, a woman and a rabbit in a triangle of trouble. When toon-hating detective Eddie Valiant is hired to investigate a scandal, it quickly escalates and he becomes the only person who can prove that Roger Rabbit is innocent of murder.

Event: The screening on 14 December will be introduced by Jen Hall, Film Programme Producer and season curator at HOME.

Veronica is a high school girl who can’t stand her three best friends, all named Heather. When her mysterious new boyfriend J.D. accidentally kills one of the Heathers, they make it appear like she committed suicide. It soon becomes clear that it may not have been an accident and Veronica must hurry to stop J.D. before he goes too far. This dark twisted comedy is a brilliant take on the coming-of-age movies of the 1980s.

This is Spinal Tap

Spinal Tap, one of England’s loudest bands, is chronicled by film director Marty DiBergi on what proves to be a fateful tour.

Screening from a 35mm print.

Bill and Ted want to start a band, but to do that, they must pass their history class to avoid Ted being sent to military school. When a mysterious figure from the future arrives in a time travelling phone booth, together they collect historical figures to help them complete their final history presentation. Party on Dudes!

An American Werewolf in London + Introduction

Two American college students on a walking tour of Britain are attacked by a werewolf that none of the locals will admit exists.

Event: This screening will be introduced by Jason Wood, Artistic Director: Film at HOME.

Raiders of the Lost Ark + Introduction

The first in the epic and successful trilogy (yes, I said trilogy) of Indiana Jones films. Set in 1936, archaeologist and adventurer Indiana Jones is hired by the U.S. government to find the Ark of the Covenant before the Nazis can obtain its awesome powers.

Event: This screening will be introduced by Sorcha Ní Fhlainn, Senior Lecturer in Film Studies and American Studies at Manchester Metropolitan University.

HOME is Manchester’s centre for international contemporary culture. Since opening in 2015, HOME has welcomed over two million visitors to its five cinemas, two theatres, art gallery, book shop and restaurants.

HOME’s five screens showcase the best new independent film releases alongside a unique programme of film seasons, festivals, and special events. HOME’s bold and diverse programming has screened 626 films from 57 countries in the past year, and its robust audience numbers consistently make HOME one of the UK’s top performing independent cinemas for new releases.