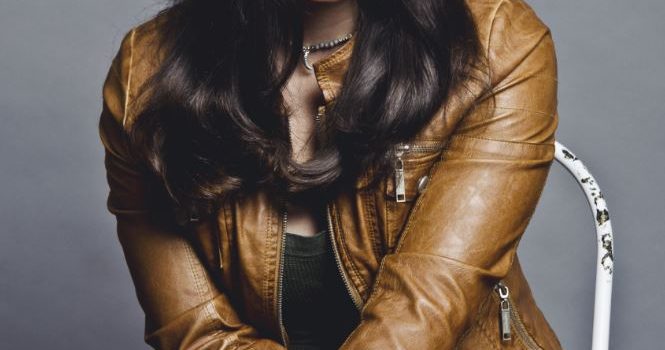 Set for UK release in just over a week’s time, Despicable Me 3 promises to be yet another animated caper delivering plentiful laughs from...

Set for UK release in just over a week’s time, Despicable Me 3 promises to be yet another animated caper delivering plentiful laughs from Illumination Entertainment’s most popular characters. With the Minions no doubt in mischievous form and Gru (Steve Carell) reunited with his brother Dru, this new chapter of the series is a sure-fire hit.

In anticipation for the upcoming release, we posed a few questions to one of the star of the films, Dana Gaier, who voices Edith.

Check out what she had to say below.

With Despicable Me 3 coming up this summer, can you give us a brief teaser on what we can expect from the third installment?

Gru, Lucy, the girls and the minions are back for more fun and adventure. What’s exciting about this one is that Gru learns he has a twin brother Dru (also voiced by Steve Carell) which makes for some really funny scenes and situations. It seems Dru has been a little more successful in his life than Gru. Plus, he has hair!  What’s also fun is that there’s a new villain in this one–voiced by Trey Parker of South Park– and he’s kind of stuck in the 1980’s.

When you first got involved in the first film was there a sense that the franchise would grow to become something so big as it is?

I think this is something I talk about with my family all the time. We had no idea what was going to happen. When I auditioned, I couldn’t even remember the word “Despicable” (of course I was only 11) and now even every 5-year-old knows the word “Despicable.”  But as we started working on it we could see how funny and heartwarming it was. The writers and the directors would show me the pictures and I think there was a feeling that this could be big.

You’ve obviously worked with the likes of Steve Carell, is there a particular actor of note whom you would love to work with of a similar stature?

Steve is awesome. I love comedies like Steve has been in so many. Some other actors I would like to work with who have been in similar genres are Melissa McCarthy, Paul Rudd, Jennifer Aniston and Seth MacFarlane.

Aside from animation you’ve also starred in upcoming indie horror The Ice Cream Truck, can you tell us more about the film?

It’s a really interesting story from the perspective of a writer who moves back to her old town and there is something creepy about the Ice Cream Man. The film has a nostalgic feel and there are some comedic moments but it’s more of a psychological thriller.

How difficult was it jumping from family-friendly content to something much different?!

I couldn’t wait to try something totally different. It wasn’t hard for me to switch over because I’m an adult now and I’ve been training to act in films for some time even though I started out with animated films at age 11. I was excited to work on live action – I’ve been auditioning and working hard to get that opportunity and now I can’t wait to do it again.

Considering two very different genres you’re working within, do you have any specific other genres you’re aiming to work within in the future?

Finally, if you could pick one Minion as you’re favorite who would it be?

Bob- it would have to be Bob. He has these cute different colored eyes and he carries around a doll. He just seems so cuddly. Agnes loves unicorns. I love Bob.

You can catch Dana Gaier voicing Edith once again in Despicable Me 3 when it hits UK cinemas on 30th June.