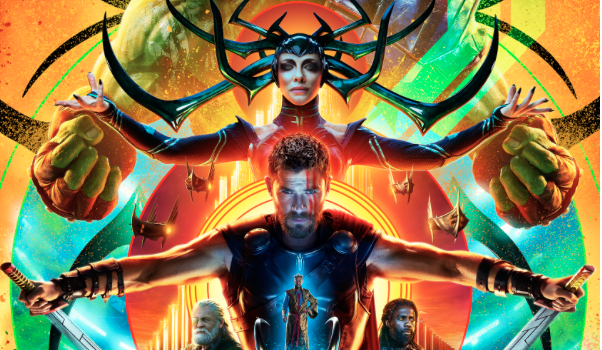 Trust Marvel to pull it out of the bag once again with a trail-blazing trailer that once again proves that they’re still well and...

This time it’s once again a brilliantly poised trailer for the upcoming Thor: Ragnarok, with Thor looking to band together a team to take on Cate Blanchett’s evil Hela. That team will consist of Hulk (Mark Ruffalo), brother Loki (Tom Hiddleston) and Valkyrie (Tessa Thompson) as the Asgardian takes on his toughest challenge yet.

Get ready for a sky full of winged horses, Blanchett on top villainous form, some great interactions between Thor and Hulk, and so much more!

Thor is imprisoned on the other side of the universe without his mighty hammer and finds himself in a race against time to get back to Asgard to stop Ragnarok—the destruction of his homeworld and the end of Asgardian civilization—at the hands of an all-powerful new threat, the ruthless Hela. But first he must survive a deadly gladiatorial contest that pits him against his former ally and fellow Avenger—the Incredible Hulk!