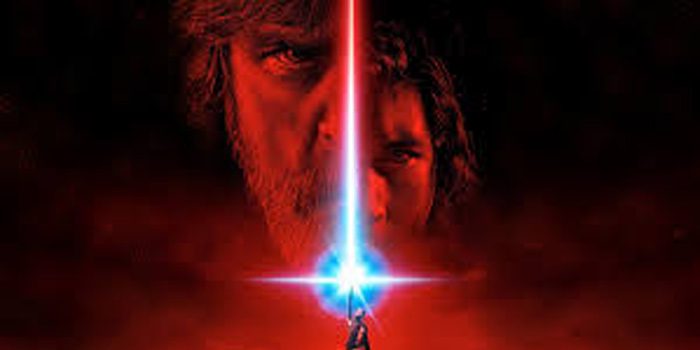 Rian Johnson invigorates the Star Wars saga with an adventurous and surprising entry into the series. There is a specific moment in Rian Johnson’s...

Rian Johnson invigorates the Star Wars saga with an adventurous and surprising entry into the series.

There is a specific moment in Rian Johnson’s Star Wars: The Last Jedi that invokes feelings of being a child watching Star Wars for the first time and gives us an indicator that we are finally looking to move on from the nostalgia elements and coming into a whole new generation for this famed series. That moment involves two of the fresh faces of this new trilogy, wielding lightsabers and reminding us that we are now entering a story that is essentially blowing out the torch of the classic characters and passing it on to a bunch of new and exciting individuals.

The film itself is pretty much a direct continuation from J.J. Abrams’ nostalgia-heavy The Force Awakens, with the First Order – led by Grand Admiral Snoke (Andy Serkis), apprentice Kylo Ren (Adam Driver) and General Hux (Domhnall Gleeson) – slowly seizing control of power within the galaxy and looking to take down the final groups that make up the Resistance. As Snoke and his forces look to be forcing the Resistance into a corner where they cannot escape, Rey (Daisy Ridley) seeks answers as she confronts Luke Skywalker (Mark Hamill), who has been in hiding since he became the last remnant of the religion that was the Jedi.

It’s somewhat comforting to have the knowledge that the fate of a brand new future trilogy for Star Wars is in the hands of Rian Johnson, a man who has with The Last Jedi rather invigorated the cinematic saga without feeling the need for a complete overhaul. There are still the necessary elements in there to make The Last Jedi a Star Wars movie at heart, but with his directorial prowess and keen eye for evolution, Johnson has made a Star Wars film that looks to truly move on to future endeavours in a strong way.

Combining a great concoction of space battles, lightsaber duels and exceptional character development, Johnson’s The Last Jedi really is a brilliant follow-up to Abrams’ love letter to the saga and it paves the way for so much more in the future. Gone are the comparisons to the original trilogy, to be replaced with surprises aplenty, some wonderful character moments and the likes of Adam Driver and Daisy Ridley making the film their own with strong character work and a real chemistry that strengthens each scene they star within.

This is a film that many will go into with multiple questions and, for the most part, those questions will be answered, but for anyone to have predicted many of the answers you would almost have to a Jedi yourself. Such is the cunning twists within the film, leading us to paths we thought would not be possible and introducing so many new and refreshing ideas to a franchise that could have easily continued to ride on its familiar materials of success. The revelations will stun, the fights will stun and the old will blend with the new like never before.

Star Wars: The Last Jedi has a few questionable moments, but in all is a swashbuckling, surprising and exciting ride that boots the Star Wars series into hyperdrive to new realms and promises so much more excitement in the future. Back to you J.J…

Star Wars: The Last Jedi is out in cinemas now.