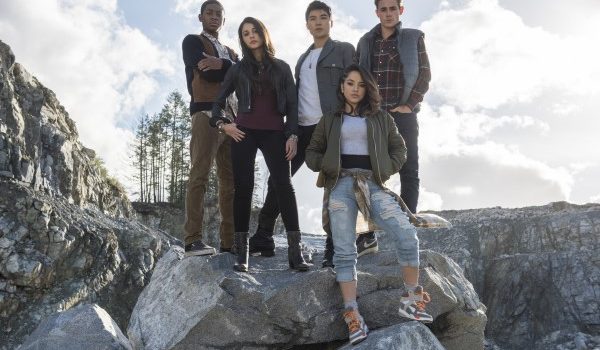 The New Power Rangers Trailer Is All Kinds Of Awesome

Many of us will remember a time when we were kids and found ourselves absolutely enthralled with Saban’s Power Rangers, bringing to life Jason,...

Many of us will remember a time when we were kids and found ourselves absolutely enthralled with Saban’s Power Rangers, bringing to life Jason, Kimberly, Billy, Zack and Trini as the heroes we all rooted for, and now it’s like our youth has well and truly returned as the new-age Power Rangers movie is only around the corner.

Reigniting the franchise and reinvigorating it with new costumes, weapons, Zords and Bryan Cranston, the movie version of the popular television series certainly looks the real deal and the latest trailer echoes that tenfold! It’s a wonderful concoction of outlining the core characters, introducing Elizabeth Banks’ evil Rita Repulsa and teasing us with what we can expect when the Megazord shows up. We even get a neat glimpse at Cranston’s Zordon and Alpha 5 (Bill Hader)!

Check out the brilliant new trailer below.

Saban’s Power Rangers follows five ordinary high school kids who must become something extraordinary when they learn that their small town of Angel Grove – and the world – is on the verge of being obliterated by an alien threat.  Chosen by destiny, our heroes quickly discover that they are the only ones who can save the planet. But to do so they will have to overcome their real-life issues and band together as the Power Rangers before it is too late.